Analysis of the secondary structure of proteins by circular dichroism spectroscopy

An object is considered chiral if its mirror image cannot be brought to coincide with itself by any sequence of simple rotations and translations. Chirality of a medium on microscopic scale, e.g. in molecules and crystals, can be detected by differences in the optical response of the substance to right- and left-handed circularly polarized light. This asymmetry generates the natural circular dichroism (NCD) and gyrotropy (also called optical rotary dispersion) which are observed respectively as the change in the ellipticity and the rotation of the polarization of light transmitted through the chiral medium.

Organic molecules are often chiral, including the naturally occurring sugars and amino acids, the building blocks of nucleic acids and proteins. Moreover, our biosphere is homochiral, since life favours the exclusive reproduction of one of the two chiral forms (amino acids are all left handed while natural sugars are right handed). 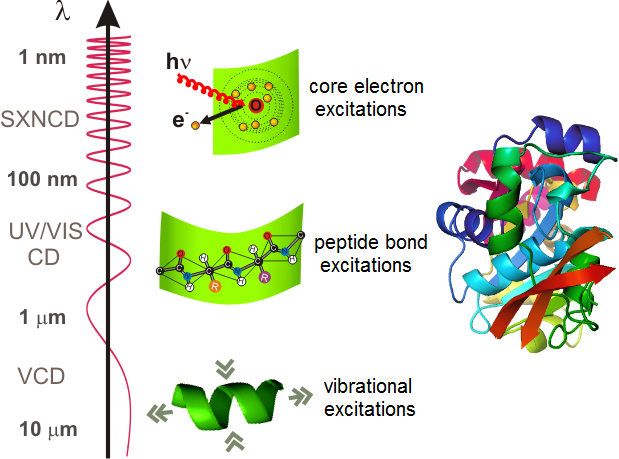 Figure 1: Chirality of proteins can be detected in a wide energy range of optical excitations

In the case of proteins the amino acids are connected by peptide bonds, which have partial double bond character rendering the amide group planar. The relative orientation of the consecutive amide planes often forms repetitive patterns resulting in periodic and chiral sub-structures (e. g. α-helices, β-sheets, etc.) called secondary structure. Correspondingly, ultraviolet NCD spectroscopy of peptide-bond excitations is a well-established method for the determination of the secondary structure of proteins. Chirality of proteins can also be detected via the vibrational circular dichroism in the infrared range and also the NCD of core-electron excitations in the X-ray region (see Figure 1).

Recently, our group participated in the secondary structure analysis of the uracil-DNA-degrading factor by using vacuum ultraviolet NCD spectroscopy. We are now developing a spectrometer for the measurement of vibrational circular dichroism down to low photon energies not accessible with commercial setups.